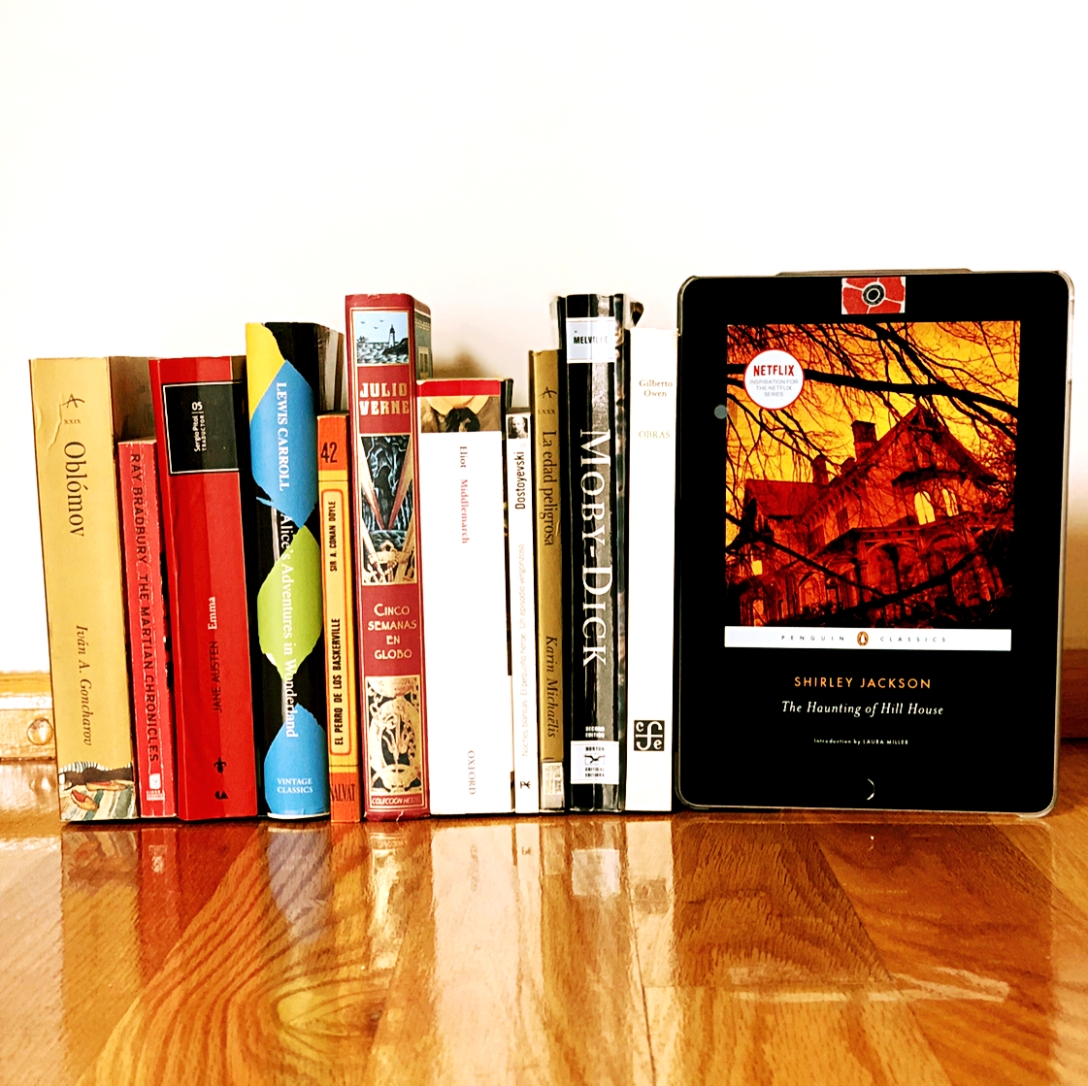 This was my favorite challenge of the year and I’m planning to join for the next of course. I read (and re-read) so many amazing books. Thank you so, so much for this, Karen. I believe this is the most important book challenge around. We’re flooded with so many books each year, the bookstagram is always the same… Back to the Classics helps us diversify and take back all those books that inform our culture, that made us who we are. And that is priceless.

These are the books I read with their corresponding review:

Ever since I was a child Sherlock Holmes was part of my life. My dad has always been a fan and I remember the first time he travelled to London he brought me a magnet of 221B Baker St. I was very young and I hadn’t read Conan Doyle. My first reading came one summer. We were at an aunt’s sister’s beach house and I found a Sherlock Holmes anthology in my room. I started reading and couldn’t stop.

When we got back from vacation I told my dad and he lent me his copy of a Study in Scarlet. Oh, how was my young mind blown…!

Ever since, Sherlock Holmes has always been with me. But I had never read the canon in English. So I chose to read it for the prompt A classic crime story, fiction or non-fiction for the Back to Classics 2018 challenge. I knew it would take me a while; I also didn’t want to rush it. And to achieve my goal I read and I also listened to the audiobook read by Stephen Fry.

I’m not sure when was the last time I read a Holmes’s story… It probably was more than ten years ago. And it made me so happy to have him back in my life. Stephen Fry’s performance is outstanding. I actually found myself listening to his voice whenever I was reading from my book (and not listening to the audiobook).

The four novels of the canon are:

The 56 short stories of the canon are collected in five books:

I must say that the US version you can find in Audible doesn’t include The Case-Book of Sherlock Holmes… it has to do with copyrights, because they’re not free in America yet. But you can get it from the Australian store (as I did).

Of course, there are better stories than others… I mean, the audiobook is almost 72 hours… but I would recommend reading all of them. One story here, one novel there… from year to year.

(image soon to be updated)

There is no way you don’t know about Moby Dick. If you’re interested in books/culture/reading you have heard about it at least once in your life. This is one of those books that most people know about but don’t really know…

That was my case. I have a couple of whale plush toys, my third car (which was white) was called Moby, I have a baby edition of this book… but I had never read it. In school we read some fragments and I had read some more on my own, but I never got the chance to read it entirely. It was my white whale.

So, of course, Moby Dick was the book I chose for the A classic that scares you prompt of the Back to Classics 2018 challenge. Of course.

It was HARD. The language was definitely a challenge. Midway I decided I needed help and ran to the library to get the audiobook. I read while listening most of the time. But, oh, does it feels amazing…!

Moby-Dick, or The Whale, by Herman Melville was published in 1851. It’s impossible to say that it tells the story of something in particular. Of course, the plot tells the story of Ahab’s never ending quest for the whale Moby-Dick. But this book is so much more. From the bromance of Ishmael and Queequeg (should we call them Queeuael or Ishmaeg?), the minute description of the bloody whaling business (what’s up with Japan trying to revive it!? WTF!?), to the know metaphor of pursuing the unachievable.

I’m incredibly happy (and proud, fuck!) I finally got to read this book. It isn’t a book I’d recommend, though. There are a lot of problematic things with it (lack of female characters, violence, racism…), but I can see why it’s a classic. I’m just glad I could take it off my TBR.

PS. My library version of the audiobook was read by William Hootkins. He was great except when he narrated Ahab. How do you think he spoke? I mean… I know he’s angry, but… ugh… I don’t know… not thaaaat much.

For some reason, when I read the prompt Re-read a favorite classic for the Back to Classics 2018 challenge, I first thought of Novela como nube (I’ve seen it translated as Novel like a Cloud or The Novel as a Cloud; personally, I would translate it as simple as Novel as Cloud). This was one of my favorite books in school.

Novela como nube was published by Gilberto Owen in 1928. Owen was mainly known as a poet and diplomat, and he was one of the prominent figures of the poetic movement known as Los Contemporáneos, one of the most culturally active groups in the first half of the 20thcentury in Mexico.

Unfortunately there are no translations in English of this book… I can imagine it would be a gigantic endeavor. The title “novel” is not really accurate… or it is, but more in the sense of what Marcel Proust thinks of a novel. It’s actually inspired in In the Shadow of Young Girls in Flower/Within a Budding Grove, À l’ombre des jeunes filles en fleurs (the second volume of À la recherche du temps perdu, published in 1919). Novela como nube is a lyric novel that in some way and through thousand of esthetic resources tells the story of Ernesto and his love interests.

It was actually hard to re-read this book. I absolutely love it, and I marked more things than I marked a decade ago. But I’m not in the mood for poetic works right now… I love poetry but I’m getting back to reading and this was definitely not what I needed. This is a book I adore, but also a book that I will keep to myshelf until I feel the actual *need* to recover it. 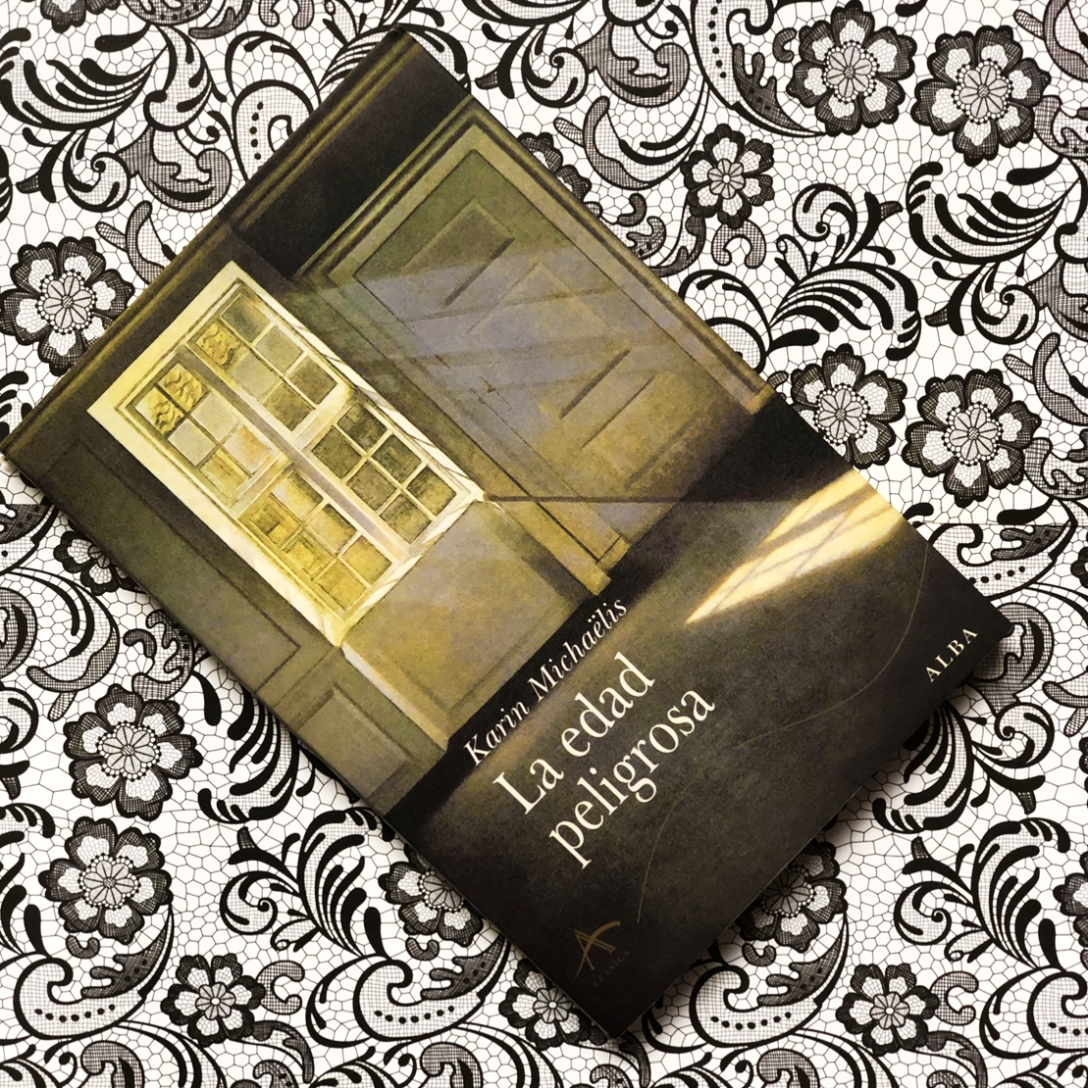 Last year I discovered a Spanish publisher called Alba. They publish classics and they do it beautifully. When I saw the prompt of A classic by an author that’s new to you for the Back to Classics 2018 challenge, I knew I had to choose one from Alba’s catalogue. I wanted more women and more non-English works, so I found Karin Michaëlis. She was a prolific Danish author, whose most famous work was an epistolary novel called The Dangerous Age.

The Dangerous Age, published in 1910, tells the story of Elsie Lindtner, a woman in her forties who goes to a house she built for herself in a remote island after divorcing from her husband. She goes there pursuing a love interest, but things don’t go her way in the end.

This is a very intimate book, dealing with subjects that are still current: Divorce, pre-menopause, solitude, female friendships, social class and injustice… It is so beautifully written, with a wonderful metaphor of the house Elsie built (so bright, cozy, just the way she wanted) with the life she lead.

I love epistolary novels, I wish I had more on my bookshelf, and The Dangerous Age is an amazing example.

I have a confession to make: I haven’t read Jane Austen. I mean… I have. But not much. I read Pride and Prejudice in Spanish when I was a teenager. And I just reread it in English last year. And this year I read Emma.

I chose this book for the prompt of a Classic in Translation of the Back to the Classics 2018 challenge. Emma was translated into Spanish by Sergio Pitol, one of the most important Mexican writers (he actually died in April) who has an amazing translation work. I wasn’t sure I wanted to read Jane Austen in Spanish, but when I saw this book, I was instantly sold. Sergio Pitol has translated from Chinese, English, Hungarian, Italian, Polish, and Russian… so it had to be an amazing translation. And it definitely was.

There’s nothing much to say about Emma. There are academic careers based on this book (and Jane Austen’s work), so there’s really nothing I could say to add to the conversation.

Emma is a novel by Jane Austen, published in 1815 that tells the story of a not so likeable young lady who likes to read named Emma Woodhouse. She thinks she’s a good matchmaker, but she really isn’t. And she always confuses feelings and actions and tries to manipulate everyone around her. But in the end you can’t but love her.

I loved the journey Jane Austen made me take. Her portrayal of life in rural England with Highbury was just amazing. Centuries later you can actually *feel* you’re there. And the characters… woah… so complex and thick. Of course, something everyone talks about is Emma’s feminist views and agency. She doesn’t want to get married because she actually can… she can afford it. And that’s amazing.

I love Jane Austen and I will read all her books soon.

For my Classic by a woman author prompt for the Back to the Classics 2018 challenge I had planned to read The Dream, by Sor Juana Inés de la Cruz, a Mexican writer. It’s probably the most important poem by a woman writer in the Spanish language, written in 1692. I actually started reading it, but I wanted to be more absorbed by it and I just wasn’t there. And then, The Haunting of Hill House came to Netflix, so I decided to go for that book instead.

I was incredibly surprised. I read the novel before watching the show. It was scary and surprising. I loved how Shirley Jackson built the characters and the setting. Of course it’s the foundation for so many books and films…

What I loved the most about this amazing book was how the terror is built within you, the reader. Everything that happens is so, so subtle. You don’t actually know anything for real. Everything could be a ghost, a possession, or just inside the minds of the characters. But in the end it is YOU who construct everything.

This was definitely one of my favorite books of the year and I’m so happy I changed it.

If you are one of the few people who haven’t watched  on Netflix, and if you enjoy horror films and/or Shirley Jackson, go watch it. It isn’t a direct adaptation. It actually takes some of the most important elements of the book (names, events, character traits…) and mixes them into a very well constructed mini series. I loved it. Especially after reading the book.

This year has been f*cking HARD and I wasn’t able to write as much as I wanted. I just wasn’t in the mental space for it. But I did read everything I planned and more, so now I have to write a whole BUNCH of reviews for my challenges. So here they come.

Thank you for reading me.